History has a way of repeating itself, especially for the city of Kiev (Kyiv) in Ukraine. The city has seen much warfare in its long history and has borne witness to many sad events. This post will focus on one of those events – the Siege of Kiev in AD 968 – which plays a major role in the opening scenes of my novel, Sigurd’s Swords.

As we watch current events unfold on the border of Ukraine, we are reminded of other historical events in and around Kiev (Kyiv) from earlier times. During World War II, the First Battle of Kiev in 1941 saw German troops encircle Soviet troops in the vicinity of Kiev in what is considered the largest encirclement of an army in the history of warfare. War again came to Kiev in 1943 as part of the Soviet offensive on the Dnieper. Much earlier, the Mongols sieged and took Kiev in AD 1240 and destroyed most of it. But earlier still we read of the Pechenegs and their siege of the city in AD 968 when it belonged to the Rus’.

Lead up to the Siege

According to legend, Eastern Slavs founded Kiev in the 5th century. Others postulate that it was founded by Khazars or Magyars at about that time. Whatever the case, two Rus’ leaders (Scandinavians and probably Swedes) came in ca. AD 840 and ruled the town until the Rus’ prince Oleg of Novgorod (of the Rurik dynasty) conquered the city in AD 882 (though modern historians are still debating that).

Kiev functioned as the capital of Kievan Rus’ for centuries afterward. In my novel, Sigurd’s Swords, Kiev is ruled by Grand Prince Sviatoslav I, the son of Igor and Olga of Kiev, and the grandson of one of Kievan Rus’s founding fathers, Rurik. In AD 967 or 968, the Byzantine Emperor Nikephoros persuaded Sviatoslav to assist the Byzantines in a war against Bulgaria. After paying Sviatoslav 15,000 pounds of gold, the grand prince set sail with an army of 60,000 men, including thousands of mercenaries. Sviatoslav defeated the Bulgarian ruler Boris II and proceeded to occupy the whole of northern Bulgaria. Wary now of growing Rus’ power, the Byzantines then bribed a nomadic tribe called the Pechenegs to attack and besiege Kiev, where Sviatoslav’s mother Olga lived with Sviatoslav’s three sons.

The Pechenegs were semi-nomadic Turkic people from Central Asia. They originally belonged to the Turkic Khaganate, but when that collapsed in AD 744, the tribes warred among themselves. The Pechenegs who left their homeland during those confrontations settled between the Ural and Volga rivers but they were eventually driven farther west by the Khazars and Ouzes sometime in the early 9th century AD. In AD 889, the Pechenegs attacked the nomadic Magyars living between the Don River and the Dnipro River and forced them farther west. Later they drove the Magyars across the Danube River and themselves occupied the steppe between the Don River and the Danube River in eight distinct tribes, each with a prince at its head.

Like most steppe warriors, Pechenegs primarily fought on horseback, and usually with a bow, though they used spears and swords as well. The rank and file warriors may also have used knives, clubs, and lassos. They were known for their vicious, lightning attacks, which makes one wonder how sound these mobile warriors were at siege warfare.

To retain their mediating role among their neighbors, the Pechenegs entered into coalitions with their neighbors, usually against former allies. In the 10th century, we see them allied with the Rus’ during Sviatoslav’s campaign with the Byzantines against the Bulgarians. Shortly thereafter, the Byzantines employ them to attack Kiev in a ploy that is designed to drive the Rus’ from northern Bulgaria. That campaign leads to the Siege of Kiev in AD 968.

Grand Prince Sviatoslav’s mother, Olga, ruled Kiev in her son’s long absences, taking care of his young sons Yaropolk, Oleg, and Vladimir. When the Pechenegs laid siege to the city, the Kievan people, led by Olga, suffered mightily. Exactly how long the siege lasted or how many thousands fought in the Pecheneg army is not known.

At some point in the siege, Sviatoslav’s general – a general by the name of Pretich – arrived with his personal guard and set up camp on the opposite (left) bank of the Dnieper, though he didn’t cross the river because of the superior size of the Pecheneg force.

Reduced to extremes, Olga let it be known to her people in the city that she was contemplating surrender if Pretich did not relieve the siege within one day. As the legend goes, a boy fluent in the Pecheneg language volunteered to venture from the city and urge Pretich to attack. Pretending to be a Pecheneg, he went about their camp, as if searching for a lost horse. When he attempted to swim across the Dnieper, the Pechenegs discovered his subterfuge and started shooting at him, but to no avail.

When the boy reached the opposite bank and informed Pretich about the desperate condition of the Kievans, the general decided to make a sally in order to evacuate Sviatoslav’s family from the city, for fear of his sovereign’s anger. Early the following morning, Pretich and his troops rowed across the Dnieper, making a great racket with their trumpets and shields. The Pechenegs, thinking that Sviatoslav was returning with his great army, lifted the siege.

The Pecheneg leader met with Pretich and asked him whether he was Sviatoslav. Pretich admitted that he was only a general but warned the Pecheneg ruler that his troops were the vanguard of Sviatoslav’s approaching army. The Pecheneg ruler believed him and exchanged his own horse, sword and arrows for Pretich’s armor. And so ended the Siege of Kiev in AD 968.

As soon as the Pechenegs retreated, Olga sent a letter to Sviatoslav, admonishing him for neglecting his family and people. Upon receiving the message, Sviatoslav returned to Kiev and thoroughly defeated the Pechenegs.

The reprisal against the Pechenegs may have ultimately led to the treatment of Sviatoslav at the end of his life. It is believed that Sviatoslav met his end en route to Kiev a few years after the siege, the victim of a Pecheneg ambush alongside the Dnieper rapids. Legend tells us that the Pecheneg Khan Kurya had been paid by the Byzantine’s to kill Sviatoslav and that the khan, having successfully concluded his gory business, had Sviatoslav’s skull made into a drinking cup.I hope you enjoyed this post. As always, please leave any comments below. If you would like to see how I fictionalized the Siege of Kiev, please check out my novel Sigurd’s Swords. 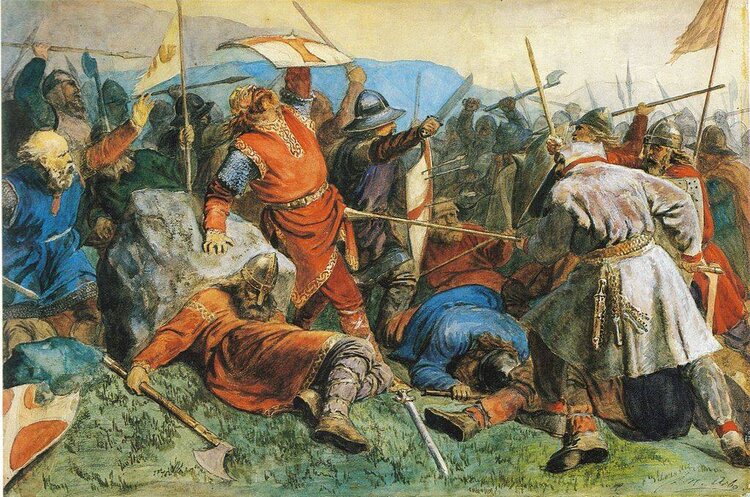 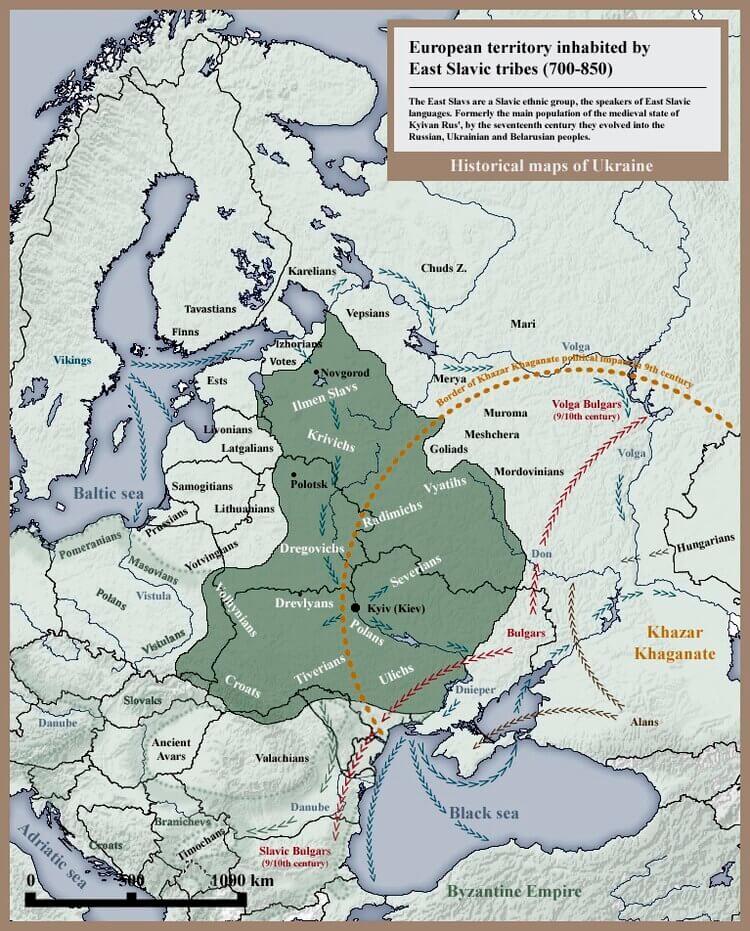 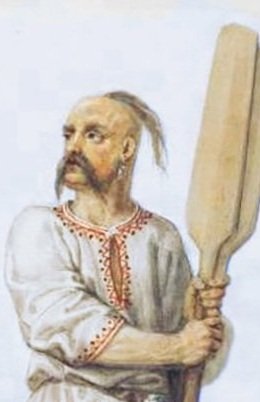